The METREX Spring 2022 Conference was hosted in Turin by the Città Metropolitana di Torino.

The conference took place over three days with the aim of learning from and seeing urban regeneration in Turin and examining effective Italian approaches to the EU Recovery and Resilience Fund.

Friday 20 May 2022
The Conference continues with further input from Italian Members and wider Europe. 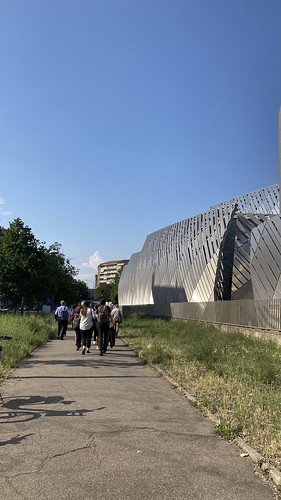 Located at the western end of Po Valley, a region famed for centuries of technical innovation, Turin specialised in vehicle production and more recently aerospace. The years succeeding World War Two resulted in Italian industry driving the economy and a strong recovery, referred to by some as the “Italian Miracle”. Thanks to the growth in Fordist-style production, which radically increased demand for labour and drew internal immigration from the south of Italy, Turin grew rapidly and sub-urbanised.

However, the demand for labour later curbed rapidly through globalisation and automation. These changes had a decisive impact on industrial development and localisation in Turin. Industry moved from the city centre to the outskirts and surrounding municipalities of the first two belts (taking advantage of the accessibility of the ring road). Next to this, the Turin Metropolitan City experienced economic stagnation and as such, there was little demand for new industrial space or residential development.

Therefore, with the aim of promoting the reuse of many abandoned areas, in 2019 the Turin Metropolitan City, in partnership with LINKS Foundation, Confindustria Piemonte and Consorzio per gli Insediamenti Produttivi del Canavese, promoted the TRENTAMETRO project, a geo referenced web mapping of 30 abandoned industrial areas present in the metropolitan area, (http://www.cittametropolitana.torino.it/cms/sviluppo-economico/attrazione-investimenti/trentametro/)

Strong changes have also occurred at the urban level. The decline of the iron and steel industry that began in the 1970s, the closure of the factories and the interruption of the flow of immigrants, forced the city of Turin to rethink its urban planning.

The railway axis, once functional to the industrial sector, thus became a wound that divided the city in two parts, now dotted with abandoned areas and low-quality architecture.

In 1986, at the same time as the reorganization and rationalization of the State Railways, the studies for the new General Regulatory Plan (PRG) identified the disused areas as the nerve centres of a new system supported by a central spine around which the entire urban layout would be redefined. Thus, the 1995 PRG made the redevelopment of the railroad tracks and of over 3 million square meters of brownfields the distinctive action of the functional plan for the rebuilding of the city.

The great redevelopment project of the 13 km of railway line, called Spina Centrale, is divided into 4 tranches or Spine and provides a large boulevard creation. The Spina Centrale, is intended for vehicular and public transport, on the side of parking lots with flush and green areas, while in the outer part, museums, libraries, residences, commercial and green areas.

METREX and our hosts the Città Metropolitana di Torino met over three days in May 2022 to learn about urban regeneration and EU Recovery and Resilience Fund.